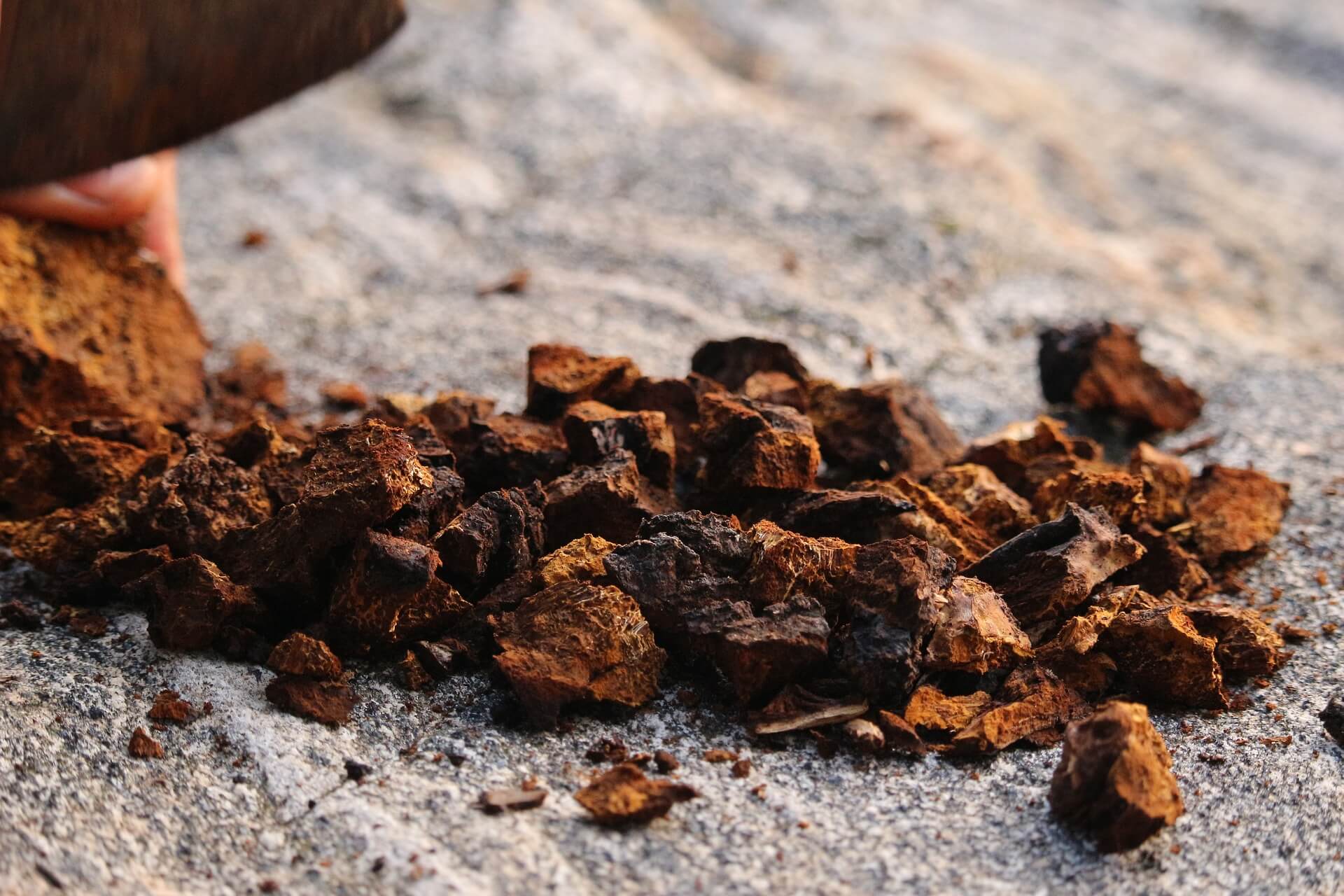 The Chaga mushroom has been used in the folk medicine of Scandinavia (Lapland) and Russia (Siberia) for at least 900 years. It is used in the following diseases and infirmities as an effective natural remedy.

The main advantage of the Chaga mushroom, however, is that it is a rejuvenating agent for the human organism. Slags are flushed out of the gastrointestinal tract and the internal organs are detoxified and strengthened. Cholesterol and lime deposits as well as inflammatory processes in the cardiovascular system are noticeably reduced.

Chaga has a long time been used to treat the following diseases:

It is said that Chaga is the best insurance for a long life.

But in addition to the above, it has been used throughout Nordic history for ritual purposes and even to predict the future. Shamans also put burned Chaga pieces in water and soaked them. After that, they used this water for ritual cleansing ceremonies.
Chaga was as well used in pipe ceremonies.